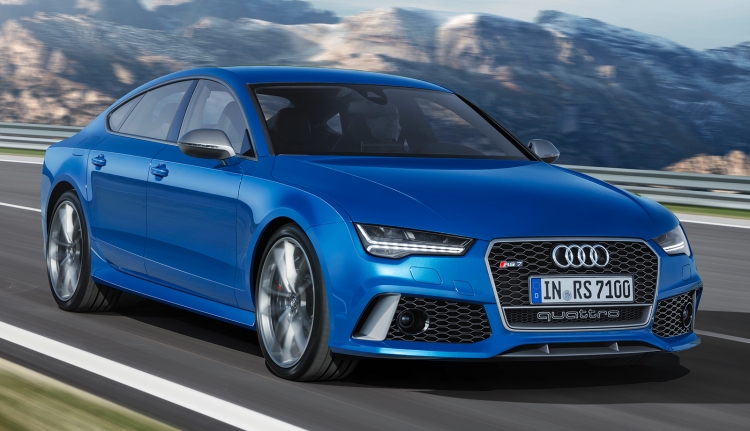 Europe is littered with all manner of high-performance cars that the United States will never see. Every so often, though, insatiable, vocal lusting will convince an automaker to give the US a taste of the forbidden fruit. This time, Audi’s heard the cry, and it’s responding with a Stateside version of the RS7 Performance.

The non-Performance RS7 already exists in the States, and its 4.0-liter, twin-turbocharged eight-cylinder engine provides an ample 560 horsepower. The RS7 Performance turns the dial up to 11 with computer tweaks that boost the car‘s output to 597 horsepower and 516 pound-feet of torque, which rises to 553 pound-feet for short periods of time thanks to an overboost function. The tweaked motor mates to an eight-speed automatic, and the power heads to the pavement via Audi‘s Quattro all-wheel-drive system.