A fresh start, a brand new, old city. The massive annual southern states European car show, formerly known to us as Southern Worthersee, changed direction in 2016 to keep the show going. A bit of a re-birth was due for the show. Organizers moved it out of the rural countryside and into a busy downtown. While the European Experience was pitched as a brand new show experience, European car lovers made the trip to historic Savannah, Georgia for the same reasons they all flocked for years to Helen, GA; the road trip memories, the photo ops, and gathering to see their favorite cars and friends from all around the world.

The European Experience show weekend featured get together events on gorgeous Tybee Island and a two-day long car show on the old Savannah Grand Prix track, which unfortunately never quite reached it’s full racing potential. Now, this area on Hutchinson Island serves as a venue for car/bike shows, conferences, and autocross events. From the cobblestone, low car death trap of River Street you can see the towering Westin Hotel on Hutchinson Island. It makes the island seem small, but make no mistake this Island is bigger than it looks from the rooftop bars of downtown hotels. Official attendance is nearly impossible to estimate, but imagine over 1000, mostly German make cars, sprawled out over the remains of old track and paddock roads. If only there we old garages and staging grids left behind it would’ve been incredible. 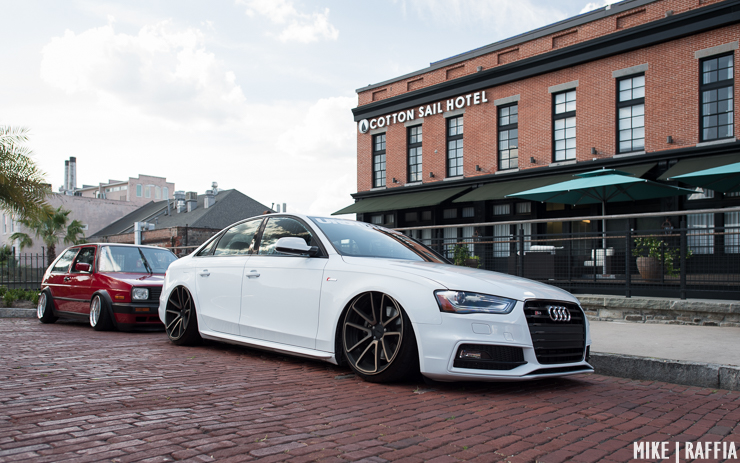 Organizers also pitched the show as a weekend getaway for all European car enthusiasts, a distinct departure from the purist Volkswagen Audi Group cars only mantra left behind in the show’s previous location. The unique show award model gives everyone there, either at a booth or in the show fields, a solid chance to snag a coveted top 50 award, thus putting them into the running for one of the show winner trophies the next day. Judges decided Top 50 on Saturday and asked the winners to return on Sunday for a casual award ceremony. Winner of best in show for the European Experience weekend was a gorgeous antique split window VW Bus. Unfortunately, we missed that one in our photo trip around the show field. 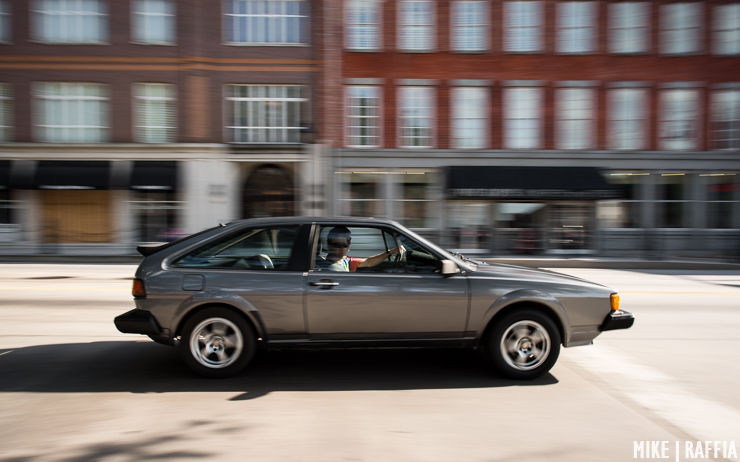 Destination car shows are a favorite of our crowd for so many reasons. Savannah presented tons of new photo locations and a thriving downtown was ready to handle the influx of visitors. The historic downtown threw some challenges at the drivers that have lowered their cars, for whatever justification they choose, the cobblestone streets attacked bumpers, oil pans, and wheel lips alike all weekend. Four days of car shows was a little too much for some, many fans just drove in for Saturday’s main event, making their way out quickly to avoid the mess trying to get back to the mainland. Volkswagen was out in force all weekend thought, they brought out concept cars like the All-Track wagon and pristine classics like a Scirocco, and a Thing set up just for fan photos. If it wasn’t an award, every one still traveled home with something to remember the weekend by, whether it was a new set of wheels, t-shirts, air suspension, or even a new toolbox, who knows, there was a vendor on hand for everything.

The best story of the long weekend, for us at the UroTuning booth, was definitely tearing apart our airlift bagged power wheels display to help an unlucky fellow make it home safe. You just never know what part of bag setup will give out at just the wrong time. After the long weekend on the rough city streets of Savannah that proved to be a challenge for a lot of people, including myself, suffering a flat just a half hour into the trip back to Tampa. Some helpful strangers stopped with a compressor to fill up the stale spare, and other friends stopped to get us off the roadside as fast as possible. That’s the true VAG enthusiast camaraderie we know and love.

Here’s to a awesome weekend in Savannah, a city we want to go explore now, maybe even without a car to see the sights you can only appreciate on foot. And here’s to Tybee, the island that ended up flooded end to end just a week after we vacated the locals’ peaceful 2 mile island. We hope they rebuild quickly and that they’re all safe now, because we’ll be back to meet more of the UroTuning family next year. Now, cue the FixxFest show tunes. 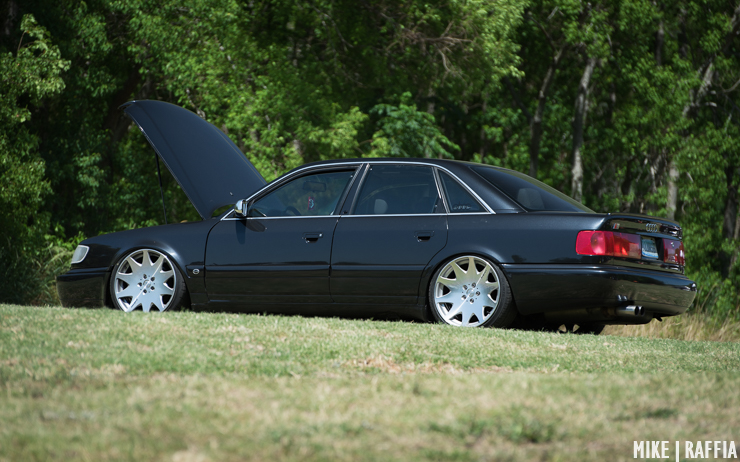 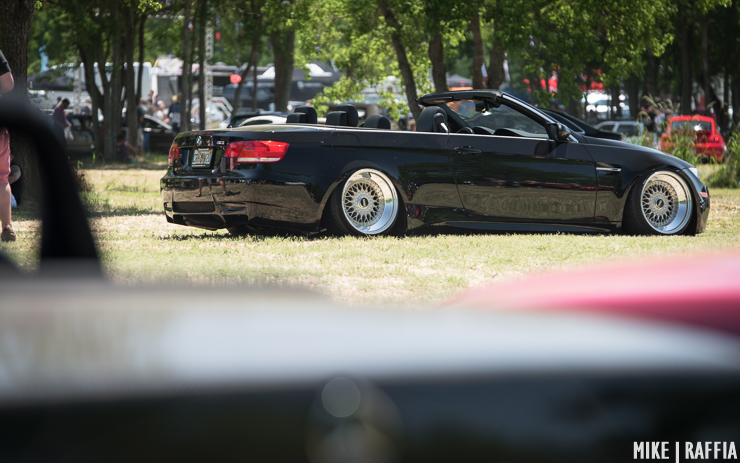 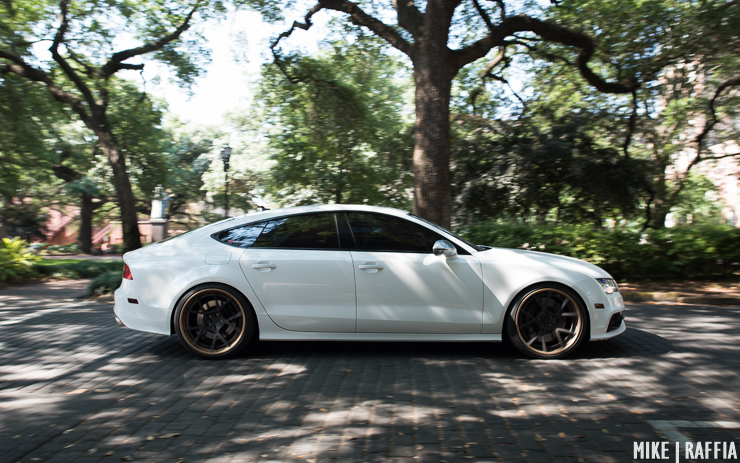 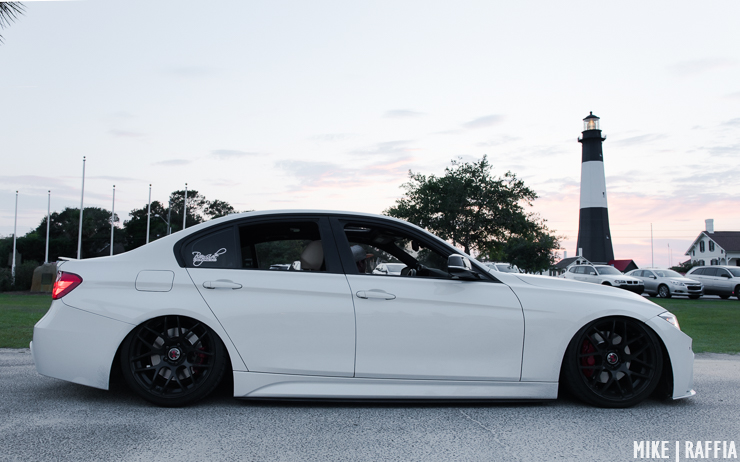